7 Reasons Why Failure Is Good For You

I have tried and failed at so many things that I can’t keep track.

It’s not that I don’t have the discipline to stick with something, it’s a ton of reasons. I would either realize I didn’t like it as much as I thought, realize I’m in over my head, realize I have no idea what I’m doing and didn’t prepare, ran out of money for it, got lazy and never picked it back up, ran into a roadblock I couldn’t get around… It keeps going.

Mythbuster’s Adam Savage often said that “Failure is always an option”, and maybe I watched that show too much but that hit home for me. It made sense. It’s a possibility, I can prepare for it the best I can, but if it happens, I need to be OK and deal with it.

And once I learned this, I was willing to try anything. And I mean anything. I’m not afraid to take a chance on something new because there’s no fear of failure in me. Of course, I want to succeed! But that doesn’t always happen. And I’m OK taking a chance at success because failure isn’t a deal breaker for me.

I know that not everyone shares this view though. So, I wonder, why are we so afraid of failure? Mistakes and failure are a part of life and we can learn from them to grow. Failure does not have to be the end of the road.

Simply put, we need to reframe how we look at failure because it will happen, we need to deal with it, learn from it and move on.

Here are quotes from the greats telling you too:

Failure is nothing to be scared of, and according to the greats, it is good for you and gets you to success.

Why is failure good for you?

1. It’s an Important Part of Your Road to Success

Very, very rarely (if at all) does anyone hit a home run the first time they pick up a bat. To get to success, you have to go through failure to grow. You have to swing and miss, you have to fall off the bike, you have to fail at something and get up and keep going.

Thomas Edison said “I have not failed. I’ve just found 10,000 ways that won’t work” regarding his work creating the light bulb. What if he quit at each of those failures?

2. You Will Never Succeed If You Don’t Try

The only way to succeed is to try, but unfortunately by trying there is always a chance of failure. The fear of failure will hold you back and prevent you from ever starting.

Think of how ridiculous that is. You might not reach success because you’re afraid to even try, not because you’ve failed.

I’ll say it again. The fear of failure will only hold you back. It’s not benefitting you. It’s killing your dreams more than failure itself will.

3. You Will Learn More Through Failure Than Research

You can read books, watch videos, find mentors and sure, you can definitely learn these ways. But I truly believe that failure is the best teacher you will ever find.

It will give you insight and perspective on what worked, what didn’t work, how to move forward, and how to avoid these roadblocks next time.

This type of learning is so valuable and spot on, people pay professionals to teach them secrets to success which those professionals themselves learned through failure.

4. Failing Does NOT Mean the End Of The Road

Why do people think that failure is the end? Unless you die from it, in the future you can always try again. Situations change, circumstances improve, and maybe you’ll have more luck next time.

If we didn’t get back up when we fell learning to walk we’d still be crawling. As long as you don’t quit when you fail then you can still learn and improve and try again.

5. Failure Means You Did Something

The fact that you failed means you actually started something which is more than most people do. Get past the fact that it didn’t work, and give credit where credit is due.

You took a chance towards success and that is so much better than most people will ever do. Failure is a badge that you tried and you should wear it with honor.

Besides just learning from it, by failing you can gain insight and see things that you weren’t aware of before. Now you know about that pot hole you fell into, so don’t do it again. This only makes the road to success smoother and the journey will be worth it when you remember what you went through to reach it.

Failure is your crash course into handling change and that is so valuable. The road to success is bumpy and things can change quickly. You will make mistakes, you will fail, even if you did everything right, changes outside of your control can happen. Just like things will happen in your life.

It won’t get you down though. You’ve failed before, you’ve been there. It’s not scary so now you are ready to deal with it.

Getting over the fear of failure will still take time. Reading a few quotes won’t cure you but, try to learn how to think of it as a positive.

Next Time You Fail (Spoiler Alert, It Will Happen):

Failure will not last unless you give up. As long as you try again, you can still succeed.

Have you tried some of these tips? How did they work for you? 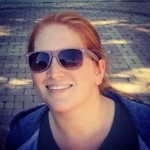